New Hampshire’s capital could soon be connected with Boston’s via passenger rail. The New Hampshire Executive Council voted unanimously on December 18 to give the go-ahead to the Department of Transportation to hire AECOM Technical Services Inc. to begin preliminary work on a commuter rail system connecting New Hampshire’s Capitol Corridor to Boston. Commuter rail service north of Lowell, Massachusetts has been out of service since 1967.

The project would connect Concord to Boston via a commuter rail system touching through Nassau and Manchester, where, importantly, the airport is located, to Lowell, which has an existing commuter rail to Boston. According to a 2014 study, the project could cost $245.6 million with an annual operations and management cost of $10.8 million.

The Executive Council contract with AECOM totals $5.4 million. The aim of the project is to lessen highway congestion in southern New Hampshire and increase the likelihood of young professionals working in Boston to relocate to the area. Transportation Commissioner Victoria Sheehan said that AECOM, which will also subcontract for the project, has an "excellent reputation and has demonstrated their capability to perform the required services." 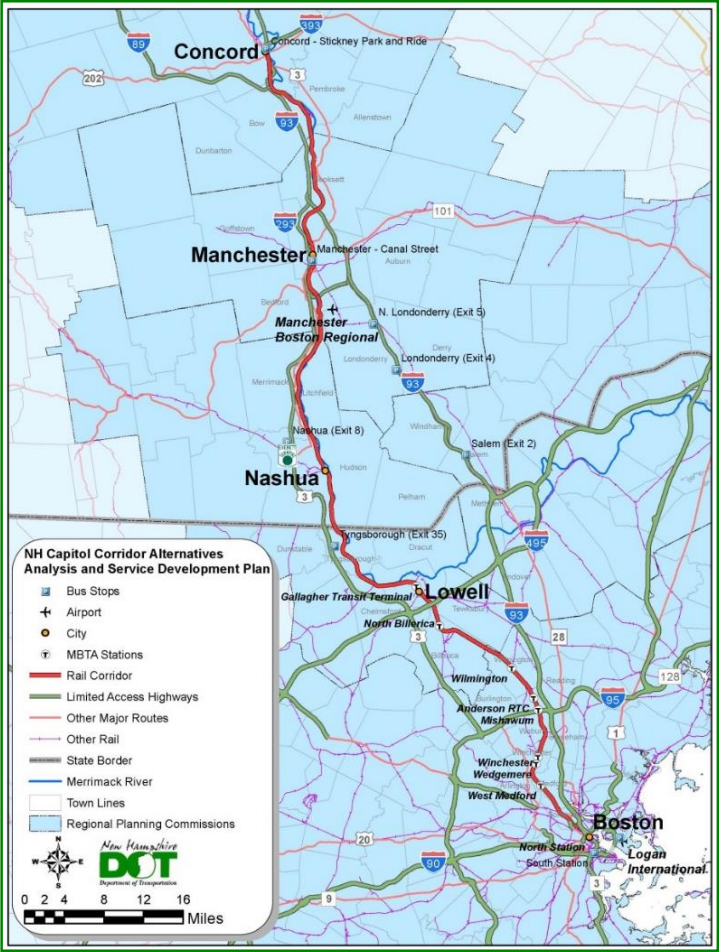 The AECOM contract covers the company for services including cost refinement, development of a financial plan, management, coordination, communication, engineering to complete environmental analyses, as well as develop design plans and specifications, the New Hampshire Center for Public Interest Journalism reports. Stakeholders and representatives from the Manchester airport, the cities of Nashua and Manchester, the Massachusetts Department of Transportation, and other key players will meet on January 13.

According to the outlet, “The plan will look to use the rolling rail stock and crews of the MBTA for service and upgrade [to] 30 miles of track, 15 bridges, 20 road crossings, complete a new signal system.” 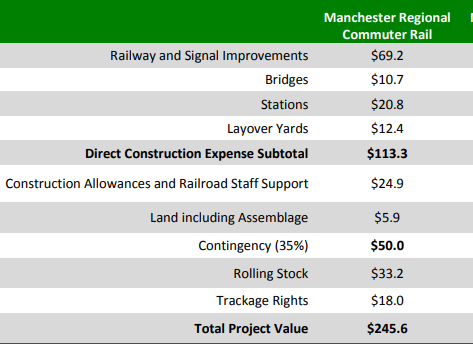 The Capitol Corridor rail project has been what the New Hampshire Business Review dubs a “political football since 2014,” with Republicans and Democrats moving the needle and dropping plans all-together at various intervals. Governor Chris Sununu called the project a “boondoggle” during his campaign but later announced his support in a million-dollar feasibility study.

It has been a hotly-debated topic since 2014, when the New Hampshire Department of Transportation published its Capitol Corridor Rail Study. The study found that since commuter rail service ceased in 1967, “the Boston commuter-shed steadily expanded north into Nashua and Salem, and is continuing even further northward into Manchester and Concord. Sprawl-type suburban residential development patterns, which rely heavily on auto travel, have emerged, yet business development and job creation, especially in high-technology sectors, have been stagnant in the corridor’s northern half.”